Invent and defend the inevitable future applications that will be built atop blockchain’s open foundations. 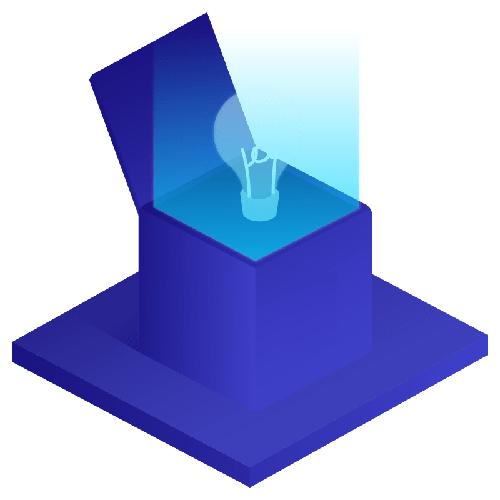 Every ten years or so, fundamental technology advances reinvent the ways in which we connect, transact, learn, and create. From the original internet, to the Web, and read/write Web 2.0, then on the advent of social and mobile , these reinventions have resulted in waves of new patenting, capturing the intellectual property of the invention cycle in a free-for-all of patent development efforts both large and small.

Though the seed was planted some ten years ago, the world-changing potential of blockchain-based technologies–including tokenization, cryptocurrencies, decentralized organizations, and a reimagining of identity, data ownership, and governance–has now become apparent. As they are extended in ways both known and unknown, along with a range of apps yet to be invented, we find ourselves wading into a new cycle with the transformative power and potential of those technology cycles that have come before.

Countless apps will be built atop open source blockchain substrate. And as in the past, the app layer will be subjected to aggressive patenting efforts, entangling the freedom to innovate and operate in a thicket of disparate and frequently conflicting concentrations of IP ownership. This entangling has begun, as is evidenced by the thousands of patents applications already published.

A Limited Opportunity to Get it Right

There is an immediate, but limited-time opportunity to avoid the free-for-all of privatization and accompanying market impediments of these earlier patent cycles.

And note that what is open now and should be open in future is not in Inventor DAO’s scope.Just as proprietary applications delivered by Google and Facebook were built upon open technologies like Linux, Apache, MySQL, and PHP, so too will varied and valuable applications be built upon open blockchain foundations. For Inventor DAO, the app layer is the focus–the varied and valuable fruit yet to come from the root of open technologies.

To Protect the Future, Invent it Now

Through a decentralized effort and the use of autonomous production techniques powered by smart contracts, it is our intent to mobilize a community of individuals, projects, and communities to collectively invent, capture, and protect the important, app-layer intellectual property that will arise from the foundational work of today’s blockchain innovators.

Employing an approached used to successfully build a large-scale, immensely valuable mobile/social patent portfolio, Inventor DAO will today sprint ahead of current market and technology constraints. We will propagate proven, systematic, and disciplined invention practices, developed by Inventor DAO’s founders, to all network’s participants. Techniques such as Virtual Product Development, Ecosystem Extrapolation, Category Mashups, Subject Swapping, and Blackboxing will be utilized across the network.

Constituting a kind of applied futurism, they enable Inventor DAO to surface and formally describe he intellectual property likely to be strategic and valuable to the blockchain industry in the foreseeable future, and to secure it in multiple jurisdictions.

And it is our goal that Inventor DAO will become the natural home for loose in various stages of development –from invention, to formal disclosure, to filed application, published application, and granted patent. Each such item will be fairly evaluated by the DAO participants and its holders will be appropriately credited for their contribution to the collective pool.

In this way, the value of both existing IP and the work done to create or develop inventions into real world assets may be expressed with tokens. Pool Tokens will express fractional ownership of the collective, and are gotten:

Benefits to the Collective

Representing fractional ownership proportional to the contributions of each participant, the POOL token entitles its holders to:

Please get in touch.

You're in. Thanks for your interest!